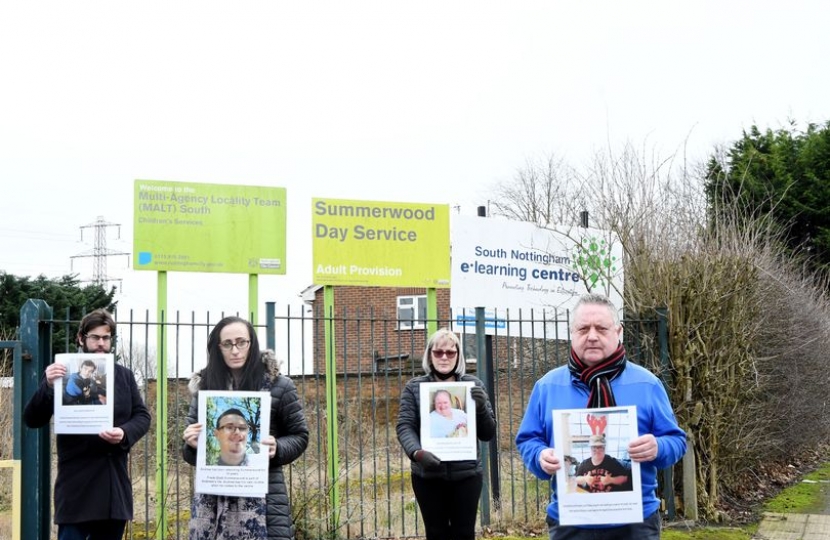 Parents have condemned 'callous' plans which could lead to the closure of a day centre for people with learning disabilities.

Summerwood Day Centre in Clifton has been described as a "God-send" by parents of service users, as it supports those with sensory, physical and learning disabilities retain their independence.

Despite an inquiry, conducted in November last year, revealing day services for adults with learning disabilities account for just over 10% of the total financial commitment, Nottingham City Council has proposed the closure of the centre.

Letters explaining a consultation was due to take place were recently sent out to service users, prompting public outcry.

My daughter has global brain damage. She was brain damaged at four years old through an infection, My daughter woke up this morning and asked if we were going to the day centre today, but how long can I keep telling her that? I'm so, so angry. I'm furious. This service is vital. My daughter has been there most of her adult life. We have got back some respite there. We have spent a lifetime fighting for her and quality of life for her. We have done the right thing and looked after our children. The Government pay me £67 per week to look after Stacey, otherwise she would be in residential which would cost thousands, so we are saving the council money. We want answers.

Lindsay Holland, 42, whose 22-year-old daughter Tonichia (Tish) Elliott has Asperger's and autism, says the proposals would mean her only other option would be to travel to another day centre in The Meadows.

This, she says, would not be possible.

There is another day centre in The Meadows, but that is not an option for us. My husband works and I have other children to take to school. I do not drive. I do not have the time to do that. These people did not ask to be disabled. It would cost more for the council if we had them in the care system. My two boys have had a childhood thanks to this place. Tish cannot wait to go back. She has only left the house 10 times since March. It gives her a get up and go. The place is a God-send. It is nice for her to go and for us not to worry about her. The staff there are not staff, they are family.

The Nottingham Independents added in a statement:

The work that Summerwood undertakes is invaluable and we can say from personal experience that the staff that work there are utterly incredible. This closure is not only ill thought out but is frankly cruel, targeting the people who are most vulnerable to this crisis we all currently face. Although an organisation committed to resolving issues of accountability should be expected to take the results of a public consultation seriously, that has not been the case here. The consultation received an unprecedented 232 responses, 160 of which were directly relating to the issue of day centre closures. Of those 160, 97%, expressed overwhelmingly negative opinions of the proposal and, like us, believe that it would be unnecessarily harmful to those at most risk during this already difficult time.

A consultation period will now run from February 12 until March 26.

Nottingham City Council said the rationale behind the decision to propose a closure was there would be sufficient provision at the Spring Meadow Centre, Martin Jackaman Centre and the Acorn Centre.

We understand people’s concerns about this proposal but want to reassure service users and their families that no-one who is currently or would normally be accessing a day centre will be left without provision. It’s also important to make clear that no decisions have been taken yet – a consultation has only just been launched and will run until the end of March and we want to hear people’s views. The proposal is part of the difficult decisions we are having to make following years of cuts to our funding from government. We have responded to this with a long and detailed review into day care provision across the city, and we are now consulting on this proposal. We need to refocus our resources to respond to what current support is needed to help people to be more involved in their communities, access leisure, volunteering and so on. Summerwood service users would be able to access similar services at two other day centres if the decision is taken to close this one. Day centres will always be part of any community offer, but increasingly young adults are making other choices. 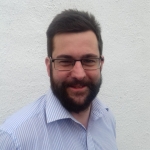 Elected as city Councillor for Clifton North in May 2015 and re-elected in May 2019 for Clifton West. Andrew is the leader of the Conservative Group on the City Council.

Professor Swaran Singh has agreed to conduct a one-year review of the Party’s progress on implementing his recommendations.