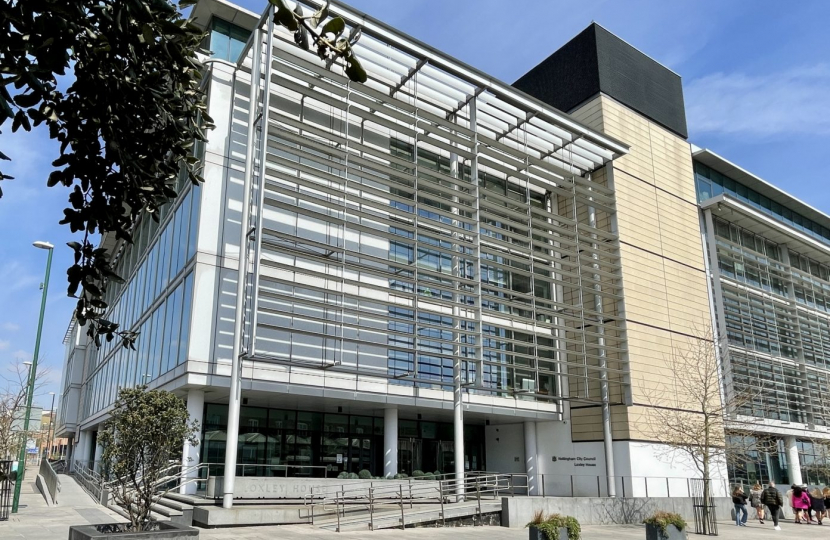 Civil engineering and road surfacing contractor, Thomas Bow Ltd, was purchased by the Labour-run authority in 2019.

The company works around the Midlands and delivers infrastructure services to support, develop, and maintain road networks and public areas.

It was awarded the contract by the city council for construction work around the Broadmarsh and the pedestrianisation of Collin Street.

But it has now been sold, with the council saying the company had been successful but the decision to sell provided “best value”.

No further financial detail has been provided so far about the deal.

The council has been carrying out a review of all the companies it owns following the demise of Robin Hood Energy in January 2020.

“In the interests of showing the culture of the council has truly moved away from the behind closed doors culture of the previous administration I would call for the Labour Group to show full transparency over the sale of Thomas Bow Ltd.

“The deal is done. There should be no reason for the Labour Group to keep details secret from the Nottingham public.”

"With such a lack transparency how can residents be assured that the purchase and sale represents an efficient use of council tax payers money?

The refusal to make this public shows the culture at the Council has not moved on from the "behind closed doors" culture that so characterised the previous Council administration's handling of Robin Hood Energy."

A spokesman for Nottingham City Council said: “As part of our ongoing transformation and improvement and the review we are undertaking of our companies, the council has achieved best value by selling its interests in Thomas Bow Ltd to Breedon Trading Ltd, part of the Breedon Plc Group.

“We acquired the local highways construction firm in 2019 which has traded successfully under council ownership, and supported the delivery of multiple highways and public realm schemes across the city.

“However, the review has concluded there is no longer a strategic purpose to the council owning the company and that support to schemes can continue successfully through the ongoing contracts we have with Thomas Bow Ltd.

“We anticipate continued success for the company under new its ownership and look forward to working with them as a provider of services in the future.”

The Commonwealth, G7 and NATO Summits