Government may intervene in running Council 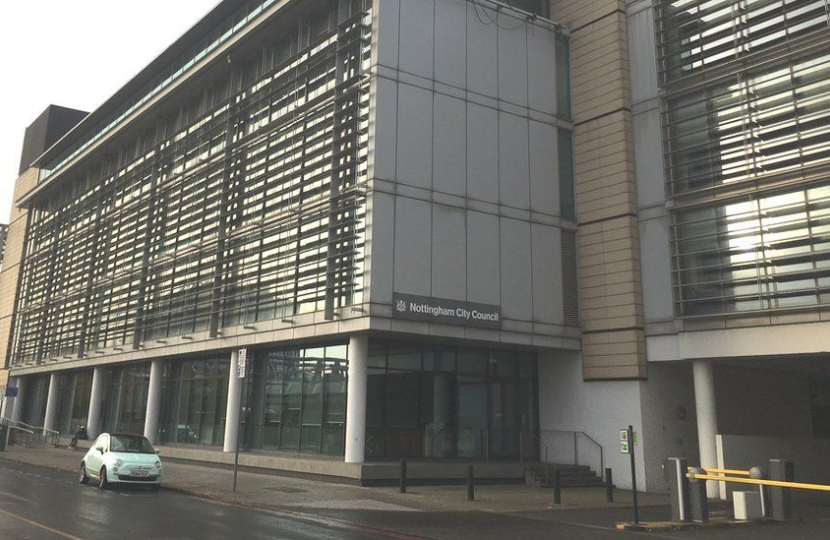 Independent commissioners could be brought in to intervene in the running of Nottingham City Council, the government has said.

The Labour-run authority is already being monitored by a government-appointed board after the collapse of Robin Hood Energy in September 2020.

An investigation has found up to £40m was mis-spent on the wrong services.

The council's failed experiment with Robin Hood Energy lost taxpayers about £38m, and an improvement board was set up to monitor its recovery plan.

Earlier this year it was revealed up to £40m of ringfenced cash from the council's housing revenue account (HRA) had been misused, an increase on the estimated £16m outlined in an investigation last year.

A report found the council mis-spent up to £22.8m since 2014/15, while Nottingham City Homes - which manages the council housing stock on behalf of the authority - misused up to £17.1m.

In March councillors approved plans for £28m of budget cuts.

In a letter published on Thursday to Sir Tony Redmond, chairman of the independent board overseeing the authority, Kemi Badenoch MP said the Secretary of State for the Department for Levelling Up, Housing and Communities, Michael Gove, "is minded to intervene" in the city council's case.

"He is satisfied on the basis of the evidence provided that Nottingham City Council is failing to comply with its Best Value duty," she said.

"He is therefore minded to exercise his Best Value powers under the Local Government Act 1999 and appoint commissioners."

Ms Badenoch's letter said all "interested parties" have until 7 July to contact Mr Gove over the proposed intervention.

David Mellen, leader of the council since 2019, said the authority had made improvements since discovering the "significant setback" of misallocated funds last year.

"It's important to understand that we brought the matter to light ourselves," he said.

"In light of the improvements we have been making, it's clearly disappointing that the [HRA] issue has led to the government taking the action it has.

"We understand that it will be a major concern for city residents, council staff, our partners and local businesses but we are committed to working with commissioners on any further improvements we need to make."

"All council services should be delivered by staff working alongside the city's democratically elected representatives to deliver in the best interests of the citizens of Nottingham," she said.

Opposition councillors said they feared for the future of the city.

Councillor Andrew Rule, opposition leader of the Conservative Group, said: "This means there will now be extra levels of scrutiny on spending decisions and if they do not meet best value for money they have veto over them.

"It is nothing to do with politics - it is mismanagement and unlawful spending which has led us into this tragic situation."

When asked what it would mean for future council projects and developments, he said: "We are in uncharted territory and nothing is off the table."