Independent investigation into misuse of £15m 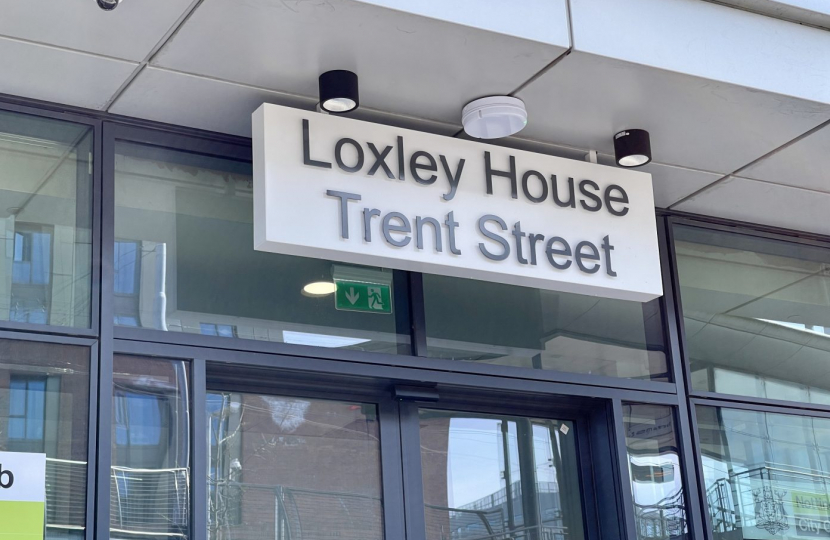 An independent investigation has been launched to determine how Nottingham City Council ‘unlawfully’ spent more than £15m on general services instead of using it for council housing.

Councillors attended an ‘extraordinary’ meeting on Tuesday, January 4, at Nottingham’s Council House to discuss the mismanagement of funds, which was uncovered in December.

During the debate a heated exchange took place between the Labour leader of the city council, Cllr David Mellen, and the opposition Conservative Group leader, Cllr Andrew Rule.

It followed the movement of £15.86m from the council’s Housing Revenue Account – which should have been spent on things such as housing repairs – to the General Fund for all council services.

The Housing Revenue Account is strictly ‘ring-fenced’ for housing and cannot be used for other purposes. The sum involved has accumulated since 2014/15.

The meeting heard how these payments involved taking money from the account that holds the rentals from Nottingham City Homes tenants and transferring it to support the council’s general budget, which pays for services for all city residents.

The council has said it intends to replace the lost money from its general reserve account – but concerns have been raised by opposition leaders there is not enough cash to replace the £15m lost.

Cllr Mellen said while it would not mean more savings needing to be found this financial year, it will affect the council’s “financial security” in the long-term.

On Wednesday 15 December , the Labour-led authority was issued with an extremely rare Section 114 order for its ‘unlawful’ breach.

This means it must now correct the mismanagement of funds and uncover what has happened. The notice has only been handed to a small number of other councils in the past.

“These notices require a council meeting to be held within 21 days to consider the substance of those notices.

“This is that meeting. Section 114 and S5 notices are extremely rare.

“They are usually served by statutory officers to prevent an unlawful act. In this case the notices have been served after the occurrence of the acts.”

The news of the unlawful use of funds comes at a time when the council has to prove to a government-appointed Improvement and Assurance Board that it can manage its finances.

The board has given the council until March to put its house in order, which includes showing it can make £38m of savings over the next four years.

If it fails to do so, then Government commissioners could be called in to run the Labour-run authority in the future.

Mr Barratt said that “significant improvements” had been made to date but added the misuse of funds was a “significant setback”.

And this could now mean “material consideration on whether statutory intervention into Nottingham City Council is required”.

“I have taken the view that the best option, the best position for the council to adopt in terms of the issue itself and in managing the relationship with the improvement and assurance board and government is to demonstrate that we understand, and action will be taken at pace to resolve it, and to take steps to assure this cannot happen again.

“I have therefore commissioned an independent investigation with the Local Government Association to look into this matter and provide another report.”

“These circumstances, discovering unlawful activity is extremely concerning and as leader of the council I am recommending that steps are [taken to] put right what has been put wrong as soon as possible.

“I am committed to making sure the council delivers vital services whilst ensuring issues such as this are discovered and dealt with quickly.

“The money received must be paid back to the housing revenue account as soon as possible.

“I understand though the amount has been identified from within the council reserves, which will not affect our day-to-day budget or require additional savings to be made this year.

“Explicit permission is needed for such payments to be made from Government, so I have asked the chief executive that such permission is sought as soon as possible.”

Cllr Rule described the unlawful use of funds as another “unwelcome accolade bestowed on the city” following the collapse of failed council company, Robin Hood Energy.

The council company set up to compete with the ‘big six’ energy companies went into administration in January 2020, leaving taxpayers with anticipated losses of £38m.

Cllr Rule told the chamber: “It is a decades old principle in public sector finance that the housing revenue account is ringfenced for use solely for its housing stock.

“Questions need to be asked as to why senior and experienced councillors would have been acutely aware of the principles described previously and did not question this process.

“There are searching questions that need to be asked of the auditors – for both the council and Nottingham City Homes.

“The consequences of the failure to identify and challenge this behaviour are the authority is now faced with having to repay £15m from its reserves.

“The Section 114 report comes in the latest of a collection of unwelcome accolades bestowed on this city by the Labour Executive (council leadership).

“Much like the aftermath of Robin Hood Energy no-one in the Executive is taking meaningful responsibility for this latest failure.

“No doubt we will simply be told that alongside not being experts in energy, Labour Executive councillors are also not experts in housing or government finance either so there is need to resign.

“The residents of this city will be forgiven for asking – are members of the Labour executive experts in anything?”