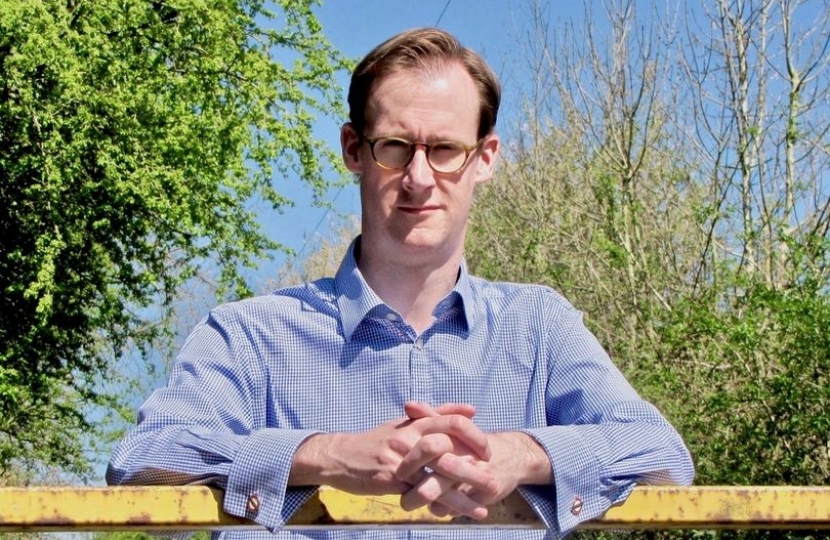 “It is a great shame that the people of Nottingham have to suffer under such mismanagement, they must look on in envy at their neighbours who live in the county council"

A formal request has been made for the finances of Nottingham City Council to be debated in Parliament.

It comes after the Government ordered a review into the state of finances at the Labour-run council, following the collapse of Robin Hood Energy and the £38 million losses incurred.

Tom Randall, the Conservative MP for Gedling said today in the House of Commons (Thursday, December 17): “Thanks to sound financial management, Conservative-controlled Nottinghamshire County Council plans to set a balanced budget in the next financial year, which rather contrasts with Labour-controlled Nottingham City Council, which is £1 billion in debt, lost nearly £40 million and 200 jobs after its energy firm Robin Hood Energy collapsed, set up a Christmas market which closed after one day, and whose own report has said the council recognises significant shortfalls in its governance and management practice.

“Could we have a debate so we can examine the many shortcomings at Nottingham City Council, which affects not only the residents in the city, but also in surrounding areas like Gedling.

In response, the Leader of the House Jacob Rees-Mogg said: “It is a well-known fact that socialists ultimately run out of other people’s money.

“That is why I welcome my honourable friend’s question.

“It is a delight to be able to congratulate good and efficient Conservative councils for their sound financial management.

“He is not the first member to allude to the hair-brained schemes and insolvent energy companies cooked up by left-wing councils in recent years.

“It is a great shame that the people of Nottingham have to suffer under such mismanagement, they must look on in envy at their neighbours who live in the county council who enjoy a proper return on their council taxes.

“Our local authorities, like us in this house, must remember that they serve their electors and their taxpayers, and they should always be clear that they have a duty to manage their finances properly, and I hope their voters take note.”

Following the publication of the review into Nottingham City Council earlier this month, David Mellen, the authority's leader, said there was ‘no underestimating the size of the mountain we have to climb’.

It found without Government help, the city council is currently unable to set a balanced budget for next year - something which has to be done by law by March 11.

It also recommended the Government impose legally-binding borrowing restrictions on the council, and that a Government task force be set up to monitor progress.

A statement from the council said: “Nottingham City Council has fully accepted the findings of a rapid review carried out on behalf of the Ministry of Housing, Communities and Local Government."

Nottingham City Council have been approached for comment on the statements made in the House of Commons.

You can read the full article, here: https://www.nottinghampost.com/news/local-news/mp-calls-parliamentary-d…